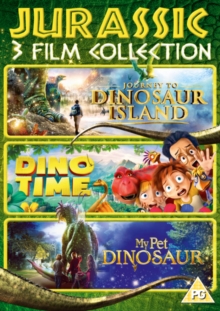 In 'Journey to Dinosaur Island' (2014), when Lucas (Darius Williams) is inexplicably transported to a mysterious island populated by dinosaurs and other creatures, as well as people from throughout history, he teams up with Kate (Kate Rasmussen), a girl who claims she has arrived from the 1950s.

While they encounter all kinds of dangers on their travels, they desperately try to uncover the island's secret and find a way back to where they came from.

In 'Dino Time' (2012) three curious children, Ernie (voice of Pamela Adlon), Max (Yuri Lowenthal) and Julia (Tara Strong), accidentally set a time machine in motion and find themselves 65 million years in the past.

After they land in a nest of dinosaur eggs in the land of Terra Dino their initial terror quickly passes when they realise that the giant Tyrannosaurus rex standing over them is smiling, seeing them as family instead of food.

Can the trio find their way home before it's too late?

Finally, in 'My Pet Dinosaur' (2017) a young boy befriends a tiny dinosaur after a biological experiment goes pear-shaped.

When the small creature rapidly grows into a gargantuan beast, the local town and authorities are soon alerted to its presence and panic spreads.

With the military now looking to hunt it down, can it evade capture and live a life of peace with his new human companion? 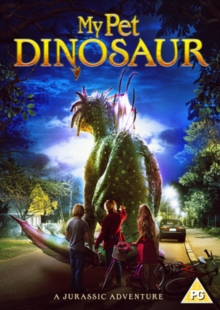