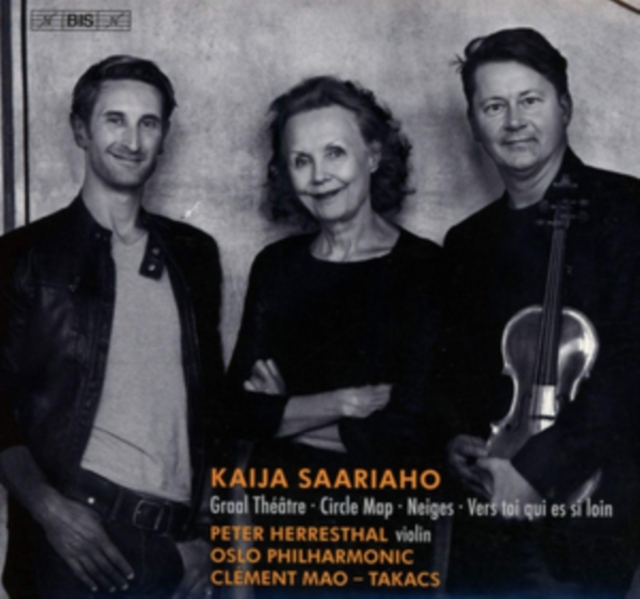 Several of Kaija Saariaho's works are named after natural phenomena that serve as a starting point to her compositional process. Composed in 1998, 'Neiges' was inspired by various qualities of snow and explores instrumental languages and colours similar to those found in her earlier works. On the present disc the piece is heard in its never-before recorded version for twelve cellos, performed by the cellists of the Oslo Philharmonic. Another source of inspiration has been medieval literature, which formed a point of departure for 'Graal Théâtre', the first concerto Saariaho wrote.