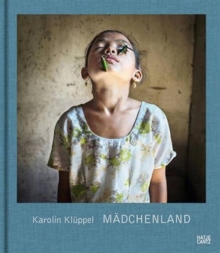 Karolin Kluppel (*1985 in Kassel) can already look back at a body of creative work that enjoys a wide range of enthusiastic reviews and awards.

This extraordinary resonance is due to the elegant alternation of her photographs between documentation and composition as well as her marked sense of impressive subjects.

The pictures in the Kingdom of Girls series stand out not only due to their powerful and contemplative aesthetic, they also tell a story.

The girls' faces reveal the lifeworld and culture of the Khasi, an indigenous people in the Indian state of Meghalaya with a matrilineal social system: the youngest daughter is given preference in the order of succession.

When she marries, her husband moves into her family's home, the children receive the mother's name.

Only the birth of a daughter guarantees the continuity of the clan.

Between 2013 and 2015, the photographer spent a total of ten months in the Khasi village of Mawlynnong, where she captured these magical images.