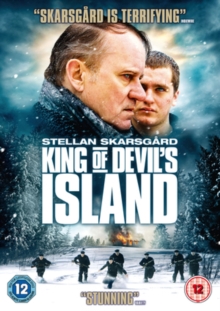 Norwegian drama set in a correctional facility for delinquent boys in the early 20th century.

On a remote island off the coast of Norway in 1915, Governor Bestyreren (Stellan Skarsgård) presides over the brutal and austere Bastoy Boys Reform School.

When the paedophile house master, Master Bråthen (Kristoffer Joner), returns to the school under a cloud of corruption, he quickly resumes his exploitation of power, inflicting both mental and physical abuse on the boys.

The arrival of a new boy, 17-year-old Erling (Benjamin Helstad), leads to a thwarted escape attempt and a violent uprising among the boys, but it seems Erling's fantasies of freedom are destined to remain unfulfilled...