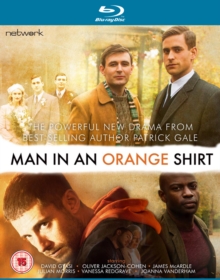 Man in an Orange Shirt Blu-ray

While Michael's young fiancée eagerly awaits his return from war, Michael finds himself enamoured with Thomas and his bohemian charm despite the social pressures of his time.

The social perception of homosexuality has eased considerably since Michael's time but modern society presents its own issues for Adam and Steve to overcome.