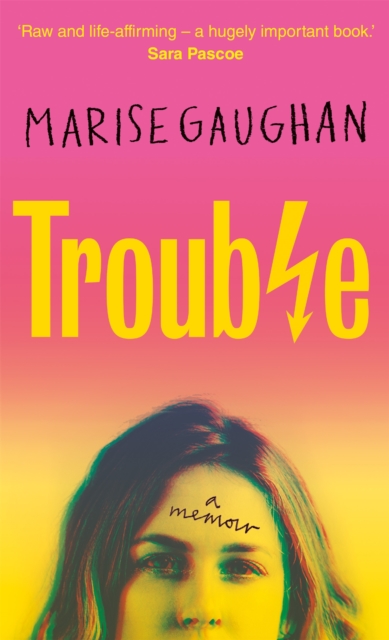 ***'...a story of profound, shocking loss and its ramifications... full of smart, dark humour... a compelling read... But it is also a story of resilience and survival, of pluck in the face of adversity, and is very well told, notable for its attention to detail, vivid language and descriptive power.

Gaughan's story, and the strength of her writing in telling it, demands attention throughout.' - Irish Times'Remarkable and relatable...Trouble is an outstanding memoir, a text on addiction that gets to the heart of its implicit trauma and complications.

Gaughan has a remarkable voice, self-assured yet vulnerable, frank to a staggering degree - and likeable even in her darkest moments.' - The Business Post 'Raw, brutal and life-affirming - Marise has written a hugely important book that is as entertaining as it is illuminating.' - Sara Pascoe'I couldn't put this down.

A brave, honest, witty, new Irish voice that has a very bright future ahead of her.' - Jade Jordan'Holy cow. I finished it and cried my eyes out. An incredible, beautifully written memoir about humanity, heartbreak and hope.' - Lou Sanders'Gripping, funny and heart-wrenchingly relatable.

Every time I turned the page I hoped it wouldn't be the last.' - Lily O'Farrell, Vulgadrawings'Where so much writing about mental illness is riddled with po-faced earnestness and cliche, Marise Gaughan's take no prisoners approach to craziness, sex and Catholic girlhood is spit-your-tea-out funny.' - Fern Brady'Disarming in its candour, hilarious and harrowing in its depictions of a life shaped by trauma and addiction, reminds us that we are not defined by our pasts, but by the small steps we take every day towards our ideal selves.' - Stephen Kelman, Booker Prize-shortlisted author of Pigeon English'A knife-sharp and defiant story of recovery' - Tanya Shadrick, author of The Cure for SleepMarise was nine when she first realised there was trouble, 14 when her Dad tried to end it all, and 23 when he finally succeeded. In a turmoil of conflicting emotions Marise runs - from Dublin to Amsterdam to Los Angeles, leaving a trail of sex and self-destruction in her wake.

Until finally, she finds herself facing what she's become in a California psych ward, a girl imploding through trying to make sense of her father's suicide. As she retells her unravelling, from child to adult, Marise strips back her identity and her relationship with her father, layer by layer, until she finally starts to understand how to live with him, years after he has gone. Written beautifully, with wit and unflinching honesty, Marise has produced one of the most powerful coming-of-age memoirs of recent years, a brave new voice in Irish writing. 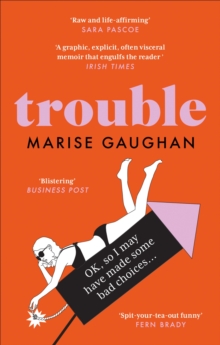