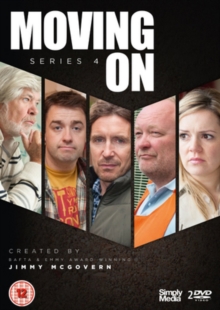 All five episodes from the fourth series of the BBC drama created by Jimmy McGovern and produced by Colin McKeown.

Each episode tells a self-contained contemporary story in which the characters have reached a turning point in their lives and are trying to move on.

In this series, a couple trying to sell their house face a difficult time when their neighbour's son is killed in a hit-and-run outside their front door, a single parent who makes a new friend at school begins to fear for her safety when she realises she is being stalked, and a married man is shocked when his wife asks for a divorce.

The episodes are: 'The Shrine', 'Visiting Order', 'Friends Like These', 'Blood Ties' and 'That's Amore'.