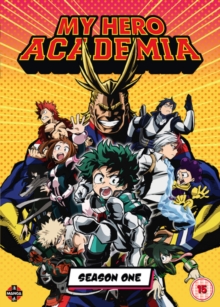 My Hero Academia: Season One DVD

All 13 episodes from the first season of the Japanese anime based in a world where the majority of the population possess superpowers known as Quirks.