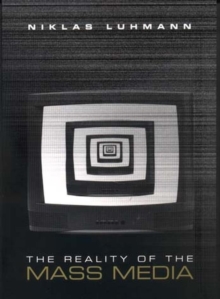 The Reality of the Mass Media Paperback / softback

In The Reality of the Mass Media Luhmann extends his theory of social systems - applied in his earlier works to the economy, the political system, art, religion, the sciences and law - to an examination of the role of mass media in the constitution of social reality.

Luhmann argues that the system of mass media is a set of recursive, self-referential programmes of communication, whose functions are not determined by the external values of truthfulness, objectivity, or knowledge, nor by specific social interests or political directives.

Rather, he contends that the system of mass media is regulated by the internal code information / non-information, which enables the system to select its information (news) from its own environment and to communicate this information in accordance with its own reflexive criteria.

Despite its self-referential quality, however, Luhmann describes the mass media as one of the key cognitive systems of modern society, by means of which society constructs the illusion of its own reality.

The reality of mass media, he argues, allows societies to process information without destabilizing social roles or overburdening social actors. It forms a broad reservoir (memory) of options for the future co-ordination of action, and it provides parameters for the stabilization of political expectations.

In these respects, it has a crucial function in the general self-reproduction of society, as it produces a continuous self-description of the world around which modern society can orientate itself.

In his discussion of mass media, Luhmann elaborates a theory of communication in which communication is seen not as the act of a particular consciousness, nor the medium of integrative social norms, but merely the technical codes through which systemic operations arrange and perpetuate themselves.

This book will be of great interest to third year students, graduate students and scholars in sociology, politics, social and political theory, media and cultural studies and communication studies.

Also by Niklas Luhmann   |  View all 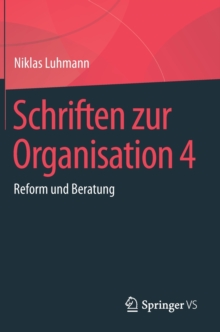 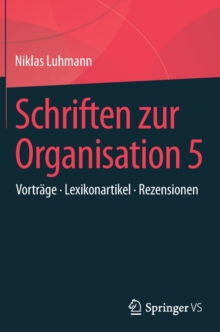 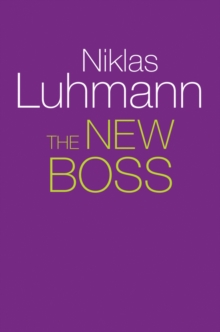 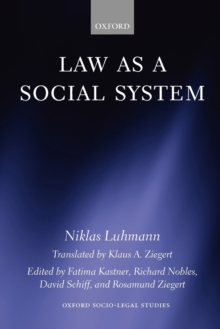 Law as a Social System