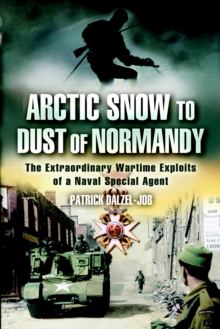 Very few men have a more exciting and dramatic story of their wartime activities to tell than Patrick Dalzel-Job.

In 1940 using his special knowledge of North Norway's coast line he landed and moved over 10,000 Allied soldiers in local boats without the loss of a single life.

Acting against specific orders he evacuated civilians from Narvik just before it was bombed - only the King of Norway's intervention halted his court martial.

Thereafter his many adventures included spying on enemy shipping and operating behind the lines in France and Germany with Ian Fleming's special force unit '30AU'.

As soon as he could, he returned to Norway to seek out the girl he had fallen in love with in 1940.

After surviving more hazards, they were re-united, married and lived together in Scotland until her death.