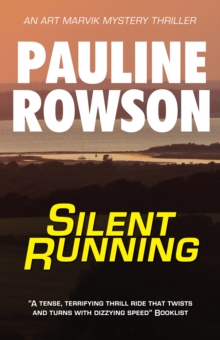 Adrift after leaving the marines and smarting from his first failed civilian mission, Marvik seeks refuge in a remote cottage on the Isle of Wight.

When a former girlfriend shows up with a disturbing story about the murder of a young woman fifteen years ago and her growing belief that the man convicted of it is innocent, Marvik doesn't think much of it. When she goes missing after leaving his home everything changes.

Suspected by the police of not only her abduction and possible murder, but also the disappearance of a computer research scientist, it's clear Marvik is being framed - but by whom and why.

In a race against time, Marvik is sucked into a dangerous assignment and a web of deceit that will need all his skills, and those of his friend, former Royal Marine Special Forces Communicator, Shaun Strathen, to get to the truth.

Their mission, to stop a ruthless killer before he kills again.