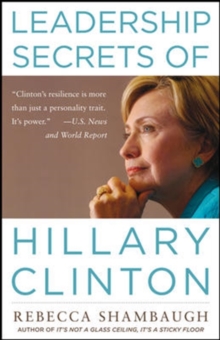 Resilience: It's How You Can Succeed Like Hillary.Leadership Secrets of Hillary ClintonHillary Clinton is the very model of a successful leader, gifted at prospering even in the face of turbulent times.

The real question is: Could the same be said about you?Ask yourself:Do I bounce back from challenging situations?Do I know how to learn from my mistakes?Do I make my words count?Do I embrace change and take advantage of new opportunities?In Leadership Secrets of Hillary Clinton, leadership expert Rebecca Shambaugh reveals the unique formula of open-mindedness, intense focus, authenticity, and resilience that allows Hillary to answer "yes" to all of these questions and that has led to her historic rise onto the world stage."In today's uncertain and demanding markets-or in a theater of war, where chaos reigns-the value of resiliency cannot be underestimated.

Rebecca Shambaugh's timely, powerful examination of Hillary Clinton's leadership success provides concrete strategies and techniques that individuals and organizations of any size can use to lead decisively and effectively, no matter the climate." -- David L.

Grange, U.S. Army Major General (ret.) and CEO of PPD Inc.She has survived personal and professional crises and moved forward to authoritatively step into one of the most important political positions on the planet-and at one of her country's toughest times.

What are the secrets to Hillary Rodham Clinton's success?U .S.

Secretary of State Hillary Rodham Clinton knows how to prosper despite-and even because of-challenges.

Confident and self-realized, she is inspiring and effective in good times and bad, and this has led to an unprecedented life of "firsts." Among them:First First Lady to run for (and win) a U.S.

Senate seatFirst female senator of New YorkFirst female major-party candidate to mount a serious challenge for the U.S. presidencyAnd, as Secretary of State, she is the first former First Lady to serve in a president's cabinetHillary may have "come in second" in the race for the Democratic Party presidential nomination, but Clinton has earned worldwide respect as a first-rate leader.

LeadershipSecrets of Hillary Clinton dissects her powerful leadership style, making each of its aspects easy to put into practice.

You'll learn:how to stay optimistic and on message in tough timeshow to create a "personal brand" that people will want to get behindhow to adapt to change and disappointment-while never losing sight of your purpose and authenticityhow to effectively communicate, re-engage, and inspire others in difficult timeshow to win the partnership of others (even detractors!) and to grow your network of supportershow to instill a sense of hope, commitment, and resilience for those around you as a leaderWritten by leadership expert and bestselling author Rebecca Shambaugh, Leadership Secrets of Hillary Clinton offers proven lessons for success from one of our finest modern exemplars.Rebecca Shambaugh is the founder and CEO of SHAMBAUGH Leadership and author of It's Not a Glass Ceiling, It's a Sticky Floor.

She lives in Washington, D.C.

Also by Rebecca Shambaugh   |  View all 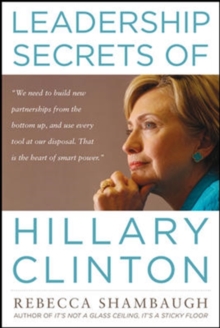 Make Room for Her: Why Companies Need... 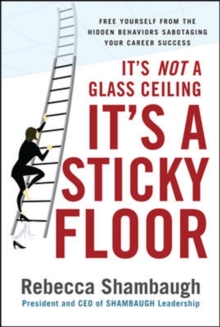 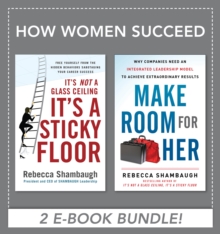