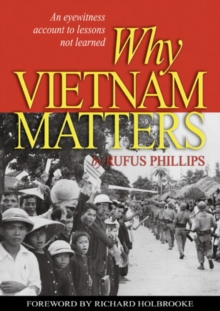 Why Vietnam Matters : An Eyewitness Account of Lessons Not Learned Paperback / softback

Rufus Phillips gives an extraordinary inside history of the most critical years of American involvement in Vietnam, from 1954 to 1968, and explains why it still matters.

Describing what went right and then wrong, he finds that our failure to understand the Communists, our South Vietnamese allies, or even ourselves took us down the wrong road of a conventional war until it was too lateaEURO"we missed the war's essential political character.

Documenting the story from his own private files as well as from the historical record, the former CIA officer paints striking portraits of such key figures as John F.

Kennedy, Maxwell Taylor, Robert McNamara, Henry Cabot Lodge, Hubert Humphrey, and Ngo Dinh Diem, among others with whom he dealt. 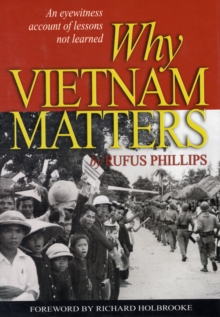