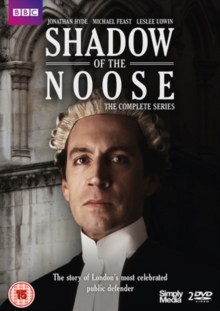 Shadow of the Noose: The Complete Series DVD

As Sir Edward prides himself in taking on and winning cases that other lawyers have refused to work on, he builds a reputation as a lawyer who can defend the undefendable.

His high-profile cases include a German prostitute accused of murdering a client and a maid suspected of killing her illegitimate baby.