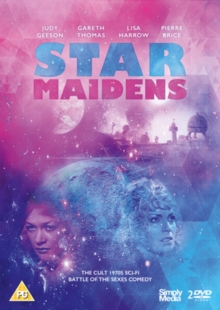 All 13 episodes of the 1970s sci-fi series about a planet ruled by women known as the Star Maidens, starring Dawn Addams, Judy Geeson and Gareth Thomas.

As the men are reduced to carrying out mundane tasks and serving as slaves to the women of the planet, rebellious Adam (Pierre Brice) escapes from his owner and heads for Earth in a space yacht.