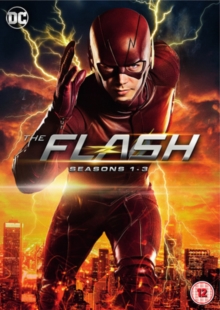 All 69 episodes from the first, second and third seasons of the action adventure following the DC Comics superhero.

He decides to use his new abilities to fight other super humans created by the storm who are using their powers for evil.

Season 2 episodes are: 'The Man Who Saved Central City', 'Flash of Two Worlds', 'Family of Rogues', 'The Fury of Firestorm', 'The Darkness and the Light', 'Enter Zoom', 'Gorilla Warfare', 'Legends of Today', 'Running to Stand Still', 'Potential Energy', 'The Reverse-Flash Returns', 'Fast Lane', 'Welcome to Earth-2', 'Escape from Earth-2', 'King Shark', 'Trajectory', 'Flash Back', 'Versus Zoom', 'Back to Normal', 'Rupture', 'The Runaway', 'Invincible' and 'The Race of His Life'.