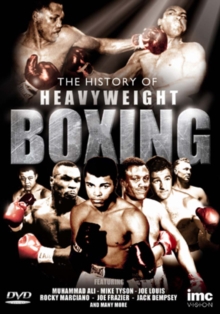 The History of Heavyweight Boxing DVD

Documentary chronicling the history of heavyweight boxing from its origins through to the careers of some of the sport's most influential boxers including Jack Dempsey, Joe Louis, Floyd Patterson, Rocky Marciano, Muhammad Ali, Joe Frazier and Mike Tyson.

The film features archive footage from some of the biggest heavyweight fights of all time including Muhammad Ali's unexpected victory over reigning champion Sonny Liston (as Cassius Clay) and his epic bouts with long-time rival Joe Frazier.