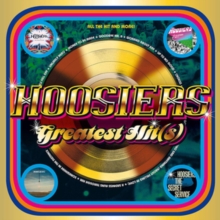 The multi-platinum success of The Hoosiers' 2007 debut album 'The Trick to Life', and hit singles such as 'Worried About Ray' and 'Goodbye Mr. A', was followed in 2010 by their second album 'The Illusion of Safety' and hit single 'Choices'. After a hiatus, which included taking control over their creative process and a new-found musical freedom, 'The News From Nowhere' was released on their new label Crab Race in 2014. Shattering their previous run of an album every three to four years, 2015's 'The Secret Service', released only a year later, revealed a band hitting their stride as they discovered they had more to say than ever. To celebrate a comedy performance by The Hoosiers' own Alan Sharland and Irwin Sparkes at the Edinburgh Fringe festival in August 2019, under the name Felix & The Scootermen, the band have brought together their favourite Hoosiers tracks in a single collection, including re-recorded versions of their hit songs 'Worried About Ray', 'Goodbye Mr. A', 'Cops and Robbers' and 'Choices', as well as acoustic re-imaginings of fan-favourites 'Money to Be Made' and 'A Sadness Runs Through Him'.

Also by The Hoosiers 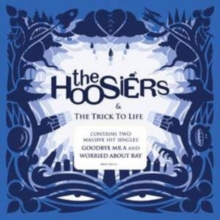 The Trick to Life