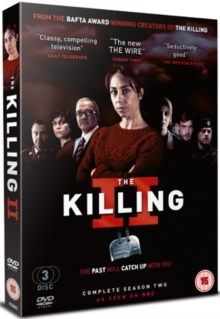 All ten episodes from the second season of the Emmy-nominated Danish crime drama.

Having been demoted from Detective Inspector two years previously, Sarah Lund (Sofie Grabol) is called into the homicide department in Copenhagen to help her former colleagues on a tricky murder investigation.

Initially reluctant, Lund soon gets involved and discovers that the victim was killed because she knew about the deaths of Afghan citizens at the hands of Danish soldiers.