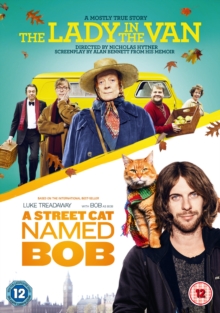 The Lady in the Van/A Street Cat Named Bob DVD

Maggie Smith stars in 'The Lady in the Van' (2015), a British comedy drama adapted from the play by Alan Bennett which is based on true events from his life.

When suburban homeowner Alan Bennett (Alex Jennings) discovers a dishevelled woman living in her van parked on his street, he strikes up an unlikely friendship with her and invites her to park in his driveway for a few weeks.

As Bennett and the other residents of the Camden street shower Miss Shepherd (Smith) with food and gifts to make her feel welcome, the generosity, although seemingly unappreciated, does not go unnoticed and the previously lonely woman becomes intent on staying put. 'A Street Cat Named Bob' (2016) is based on the true story that was adapted into the international bestselling autobiographical novel by James Bowen.

Luke Treadaway stars as James, a homeless man struggling with drug addiction and busking to get by on the streets of London.

When James comes across an injured stray cat he nurses him back to health and names him Bob.

They become inseparable and make for an unusual street music act.

Bob's companionship inspires James to overcome his drug addiction and share his story. 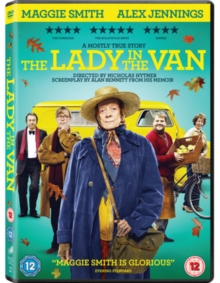 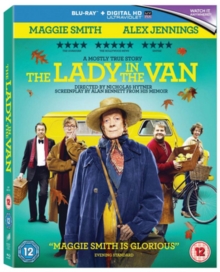 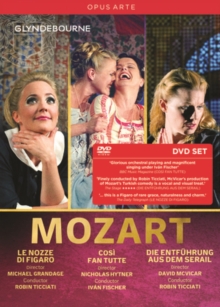 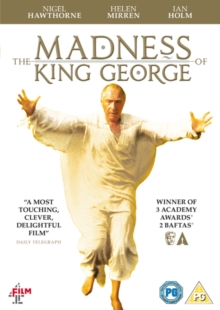