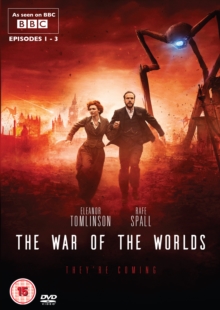 The War of the Worlds DVD

All the episodes from the television adaptation of the novel by H.G.

Wells. Set in Edwardian England, when Martians try to invade Earth they strike terror into the hearts of the people with their vast, technologically unfathomable spaceships and fearful death rays.

The military do their best, but their cannons and guns appear useless against such a formidable foe.