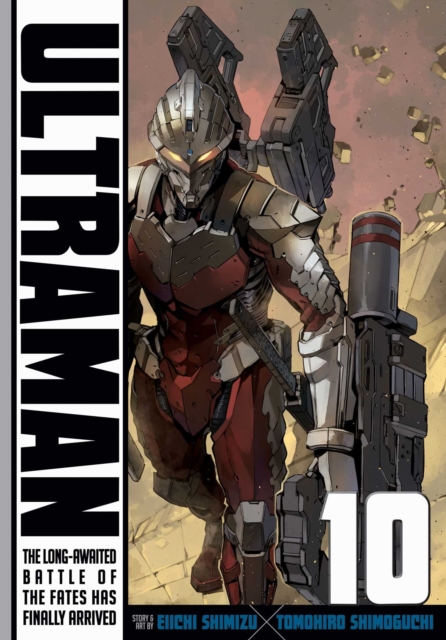 It's time for a new generation of Ultraman! Decades ago, a being known as the Giant of Light joined together with Shin Hayata of the Science Special Search Party to save Earth from an invasion of terrifying monsters called Kaiju.

But in the shadows a new threat is growing, a danger that can only be faced by a new kind of hero-a new kind of Ultraman... As the Star of Darkness prepares to launch its all-out assault on New York City, the SSSP begins to assemble its forces to oppose them.

Shinjiro and Dan head for the Big Apple unsure if they can stop the coming storm, but unlooked-for allies may help them turn the tide.

The battle to decide the fate of the Earth begins here... A new Ultraman story based on the widely popular classic Japanese superhero TV show from the 1960s!