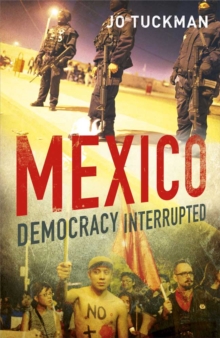 An up-to-date portrait of Mexico since 2000, with new insights into the nation's problematic democracy and violent drug wars

In 2000, Mexico's long invincible Institutional Revolutionary Party (PRI) lost the presidential election to Vicente Fox of the National Action Party (PAN). The ensuing changeover—after 71 years of PRI dominance—was hailed as the beginning of a new era of hope for Mexico. Yet the promises of the PAN victory were not consolidated. In this vivid account of Mexico's recent history, a journalist with extensive reporting experience investigates the nation's young democracy, its shortcomings and achievements, and why the PRI is favored to retake the presidency in 2012.

Jo Tuckman reports on the murky, terrifying world of Mexico's drug wars, the counterproductive government strategy, and the impact of U.S. policies. She describes the reluctance and inability of politicians to seriously tackle rampant corruption, environmental degradation, pervasive poverty, and acute inequality. To make matters worse, the influence of non-elected interest groups has grown and public trust in almost all institutions—including the Catholic church—is fading. The pressure valve once presented by emigration is also closing. Even so, there are positive signs: the critical media cannot be easily controlled, and small but determined citizen groups notch up significant, if partial, victories for accountability. While Mexico faces complex challenges that can often seem insurmountable, Tuckman concludes, the unflagging vitality and imagination of many in Mexico inspire hope for a better future.