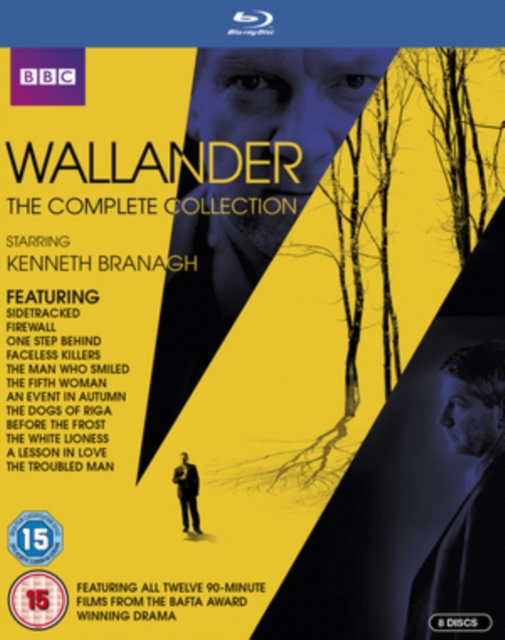 All 12 feature-length episodes from the first four series of the BBC crime drama starring Kenneth Branagh as the Swedish detective.

Series 1 episodes are: 'Sidetracked', 'Firewall' and 'One Step Behind'.

Series 2 episodes are: 'Faceless Killers', 'The Man Who Smiled' and 'The Fifth Woman'.

Series 3 episodes are: 'An Event in Autumn', 'The Dogs of Riga' and 'Before the Frost'.

Series 4 episodes are: 'The White Lioness', 'A Lesson in Love' and 'The Troubled Man'.