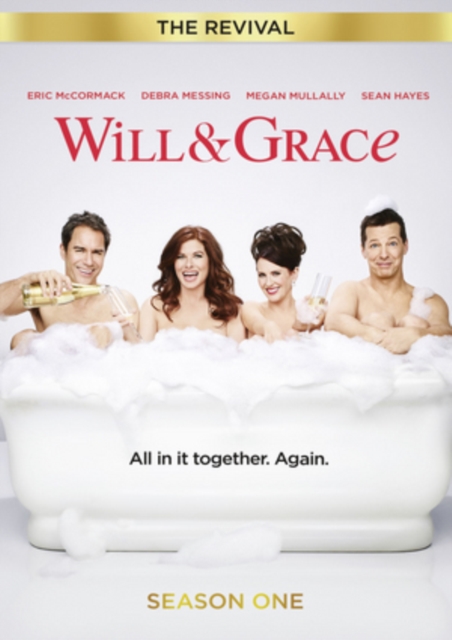 Will and Grace - The Revival: Season One DVD

All 16 episodes from the first season of the revival of the popular American television sitcom about gay lawyer Will Truman (Eric McCormack) and his best friend Grace Adler (Debra Messing).

More than a decade after the previous season finished, Will and Grace are once again living together after both coming through failed relationships, Karen (Megan Mullally) tries to adapt to life without her trusty maid and Jack (Sean Hayes) finds a way to defy the ageing process by dating younger men.

The episodes are: '11 Years Later', 'Who's Your Daddy', 'Emergency Contact', 'Grandpa Jack', 'How to Succeed in Business Without Really Crying', 'Rosario's Quinceañera', 'A Gay Olde Christmas', 'Friends and Lover', 'There's Something About Larry', 'The Wedding', 'Staten Island Fairy', 'Three Weiss Men', 'Sweatshop Annie and the Annoying Baby Shower', 'The Beefcake and the Cake Beef', 'One Job' and 'It's a Family Affair'.