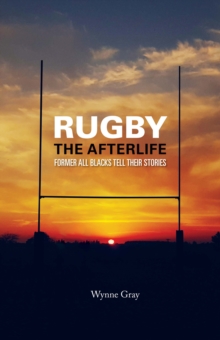 Way back when there was a clear distinction between work and rugby, great names of the game spent their time working in an office or at a trade or out on the farm, all the while fitting in training and then playing at the weekends.

That job/play distinction became hazier through the 80s and 90s until, in the wake of Jonah Lomu's stunning exploits at the 1995 World Cup and pressure from media barons, the International Rugby Board declared rugby professional. Some players just missed that paydirt, others straddled the crossover years while the rest have never known any different and have always written `fulltime sportsman' on their tax returns as rugby threaded its way through two decades of professionalism. For all of these players, though, there was a finishing line, a final test appearance. Some made that choice, others had it made for them.

Some All Blacks had planned strongly for life after rugby, many were pursued hard by companies while others had difficulties settling into the next chapter of their lives. How did they go about that transition? Did they wait for guidance, have a lightbulb moment, take on some serious study or retraining or did they have the security of going back into a family business?How did a lifetime in rugby protect or prepare them for experiences after the game and how and why did they make the choices they did?

Rugby - The Afterlife explores in great detail how a number of All Blacks coped with that transition and came out the other side. 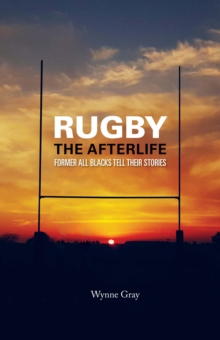