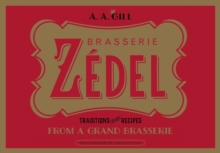 Zedel : Traditions and recipes from a grand brasserie Hardback

Think 'grand cafe' and the image that immediately springs to mind is a decadent, smoke-filled place populated by coffee-drinking thinkers, writers and artists in 1930s Europe.

Along with the brasserie, the grand cafe combines an opulent setting exclusively for the everyman.

Zedel is such a place. Housed in a 1915 hotel off London's Piccadilly Circus, it was restored to its former grandeur and re-opened in 2012 with all the charm and distinction of Art Deco Paris. In this book, A. A. Gill explores the origins of the grand cafe and pays homage to the character of Zedel.

Much more than just a restaurant, Zedel houses a bustling cafe leading to a sweeping marble staircase, at the bottom of which are the Crazy Coqs cabaret, the Bar American cocktail bar, and the magnificent brasserie itself.

Forty iconic brasserie recipes are included in the book, such as Soupe a l'oignon, Moules marinieres, Boeuf bourgignon, Profiteroles and Tarte au citron.

Period photography and artwork help to capture the mood of this remarkable and fascinating venue. 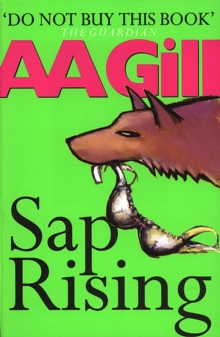