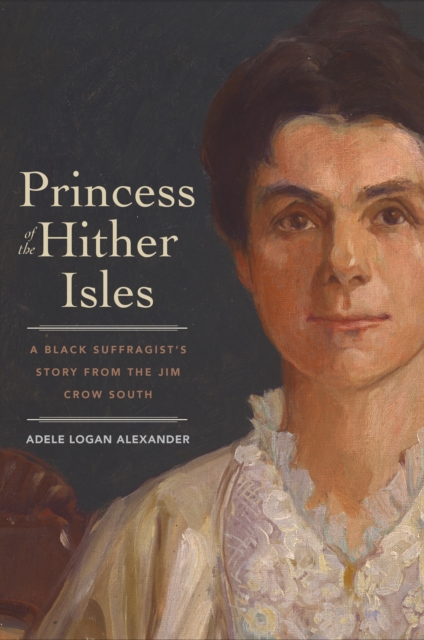 Princess of the Hither Isles : A Black Suffragist&#39;s Story from the Jim Crow South EPUB

“If you combine the pleasures of a seductive novel, discovering a real American heroine, and learning the multiracial history of this country that wasn't in our textbooks, you will have an idea of the great gift that Adele Logan Alexander has given us in Princess of the Hither Isles.  By writing about her own grandmother, she helps us discover our own country.”—Gloria Steinem

"Both a definitive rendering of a life and a remarkable study of the interplay of race and gender in an America whose shadows still haunt us today.”—Henry Louis Gates, Jr.

Born during the Civil War into a slaveholding family that included black, white, and Cherokee forebears, Adella Hunt Logan dedicated herself to advancing political and educational opportunities for the African American community. She taught at Alabama’s Tuskegee Institute but also joined the segregated woman suffrage movement, passing for white in order to fight for the rights of people of color. Her determination—as a wife, mother, scholar, and activist —to challenge the draconian restraints of race and gender generated conflicts that precipitated her tragic demise.

Historian Adele Logan Alexander—Adella Hunt Logan’s granddaughter—portrays Adella, her family, and contemporaries such as Booker T. Washington, Susan B. Anthony, Frederick Douglass, George Washington Carver, Theodore Roosevelt, and W. E. B. Du Bois. Alexander bridges the chasms that frustrate efforts to document the lives of those who traditionally have been silenced, weaving together family lore, historical research, and literary imagination into a riveting, multigenerational family saga.