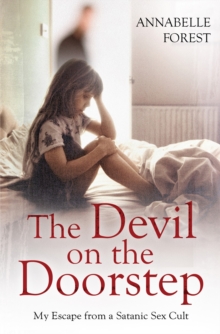 The Devil on the Doorstep : My Escape From a Satanic Sex Cult Paperback / softback

Annabelle Forest was just seven years old when she was inducted into a twisted sex cult by her own mother.

For the next few years she was brainwashed by the cult's leader, Colin Batley, who ran a harem of followers from his unassuming cul-de-sac in Kidwelly, Wales.

Batley ruled the cult with an iron will, his twisted ideology based on Aleister Crowley's Book of the Law, which informed their day-to-day lives.

From the age of 11, Annabelle was repeatedly raped by Batley, and threatened with going to hell if she angered 'the gods' by refusing Batley's sick demands.

Annabelle's mother joined in the sessions and even filmed them.

Annabelle lived a double life - a schoolgirl by day, a sex slave at night.

It might have endured for years had she not fallen pregnant at 17 with Batley's baby.

In February 2008 she gave birth to a daughter, Emily, who gave Annabelle hope and a reason to live.

Now she knew she had to escape, especially after Batley forced her into prostitution when Emily was three months old.

She contacted relatives and found the courage to report Batley, her mother and the other cult members to the police.

In 2011 her evidence helped convict 48-year-old Batley for life on 11 charges of rape and numerous other sexual offences.Annabelle's mother was also jailed, along with two others in a case that came to be known as the 'cul-de-sac cult'.

Today she lives a happy and settled life with Emily and her partner but the nightmares of her damaged past will haunt her forever. 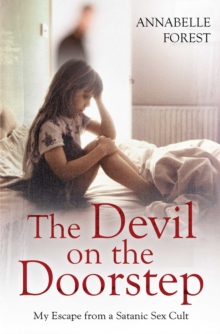 The Devil on the Doorstep