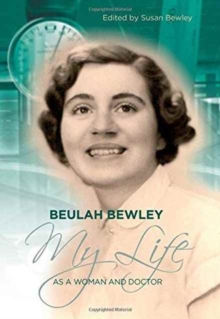 Beulah Bewley : My Life as a Woman and Doctor Hardback

Beulah Knox wanted to be a doctor from the age of five and was inspired by her local GP's interest in her and her illnesses, going so far as to allow her to accompany him on home visits in his pony and trap during World War II.

Her planned career as a hospital paediatrician was thwarted by emigration, marriage to a psychiatrist, and five children who kept her busy whilst she worked part time in women and children's health for a decade.

She retrained as an academic particularly focusing on children's smoking and rose in her second career in Public Health to the top of her profession.

She ended up as Honorary Treasurer of the General Medical Council, the highest rank any woman has achieved there, and was made a Dame of the British Empire for her work for women in medicine.