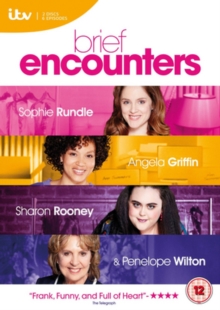 In Sheffield in the early 1980s, cleaner Steph Kirke (Rundle) seizes the opportunity to earn some extra cash by becoming an Ann Summers party planner after her husband Terry (Karl Davies) loses his job in the factory.

Joined by her fellow mum Nita Dempsey (Griffin) and hairdresser Dawn (Rooney), Steph hosts her first party at the house of wealthy butcher's wife Pauline Spake (Wilton), which is a thrilling success.

But not everyone is so keen on the idea of Steph's new entrepreneurial venture including her own husband.