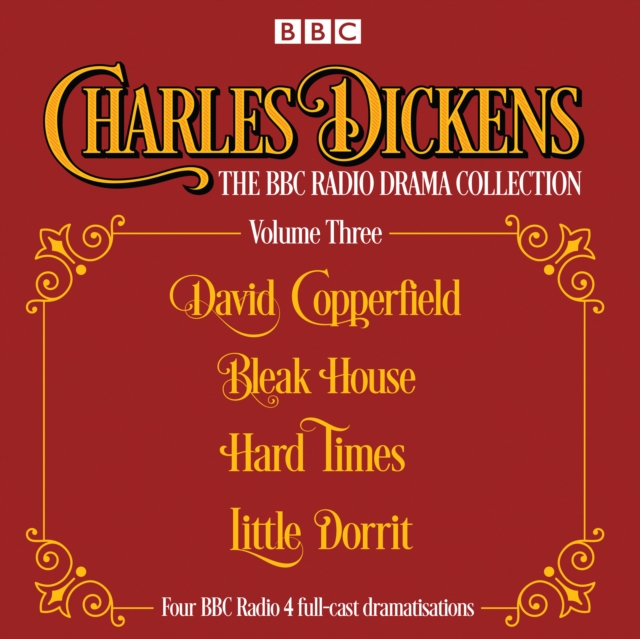 Epic full-cast radio dramatisations of four of Charles Dickens' classic novelsCharles Dickens is one of the most renowned novelists of all time, and this third volume of the dramatised canon of his work includes some of his most famous stories. David CopperfieldDescribed by Dickens as his 'favourite child', this is the story of a boy growing to maturity in the affairs of the world and of the heart. Bleak HouseThe tangled case of Jarndyce and Jarndyce ensnares all who come near it, from from young innocents Richard Carstone and Ada Clare to the regal Lady Deadlock and humble orphan Esther Summerson. Hard TimesHard facts are all that provincial businessmen Mr Gradgrind and Mr Bounderby feel are necessary in life.

But the arrival of Sleary's circus in Coketown shows another way... Little DorritCentred around the Marshalsea Debtor's Prison, this much-loved tale follows the fortunes of young seamstress Amy Dorrit and Arthur Clennam, a man with a family secret to uncover. With a star cast including Robert Glenister, Michael Kitchen, Honeysuckle Weeks, Kenneth Cranham, Eleanor Bron and Sir Ian McKellen, these BBC radio adaptations of Dickens' four great masterpieces are full of surprise, suspense and memorable characters. Duration: 19 hours approx.

Also by Charles Dickens  |  View all