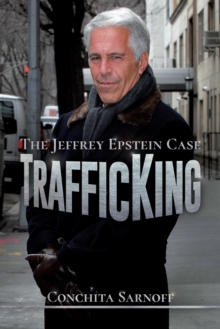 The pedophile was not prosecuted under The Trafficking Victims Protection Act (TVPA), a law enacted in Florida in 2000.

In this gripping expose, Sarnoff finds out why. TrafficKing is a true story exposing the dark side of the human condition: avarice, lust, power, and influence peddling at the highest levels of government.