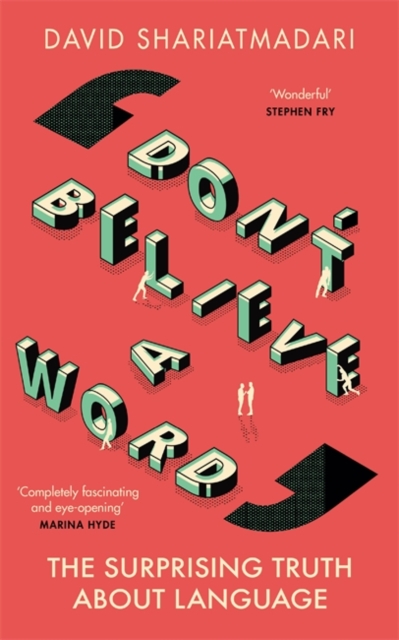 Don't Believe A Word : The Surprising Truth About Language Hardback

'Wonderful. David Shariatmadari wears his deep learning with such an admirable and alluring lightness of touch . . . You finish the book more alive than ever to the enduring mystery and miracle of that thing that makes us most human' STEPHEN FRYEveryone likes to think they know a bit about language:There's a term in Portuguese you simply can't translate The origin of a word tells you how it should be used Standards of grammar have taken a nosedive recently The real meaning of 'disinterested' is 'unbiased' Computers will soon be able to speak like human beings A dialect is inferior to a language The problem is, none of these statements is true.

Over the past few decades, we have reached new frontiers of linguistic knowledge.

Linguists can now explain how and why language changes, describe its structures, and map its activity in the brain.

But most of us know as much about language today as we did about physics before Galileo, and the little we know is still largely based on folklore, instinct or hearsay.

In DON'T BELIEVE A WORD linguist David Shariatmadari takes us on a mind-boggling journey through the science of language, urging us to abandon our prejudices in a bid to uncover the (far more interesting) truth about what we do with words.

Exploding nine widely-held myths about language while introducing us to some of the fundamental insights of modern linguistics, David Shariatmadari is an energetic guide to the beauty and quirkiness of humanity's greatest achievement. 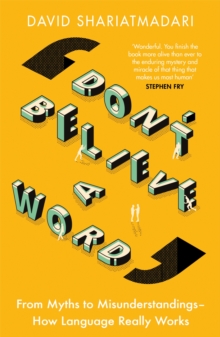 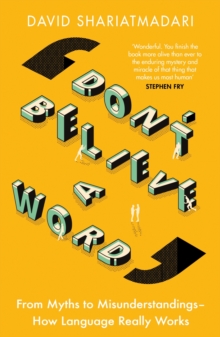