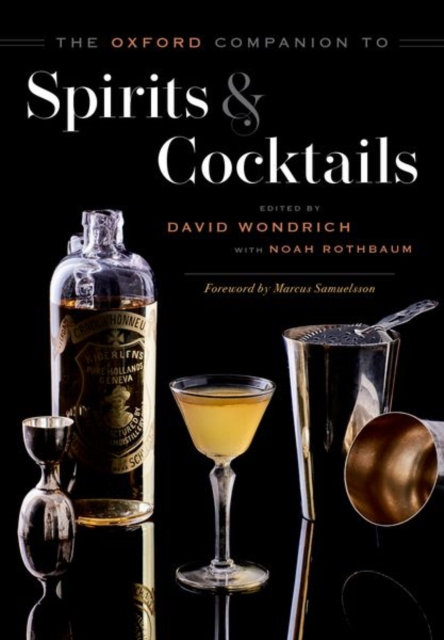 The Oxford Companion to Spirits and Cocktails Hardback

Anthropologists and historians have confirmed the central role alcohol has played in nearly every society since the dawn of human civilization, but it is only recently that it has been the subject of serious scholarly inquiry.

The Oxford Companion to Spirits and Cocktails is the first major reference work to cover the subject from a global perspective, and provides an authoritative, enlightening, and entertaining overview of this third branch of the alcoholfamily.

It will stand alongside the bestselling Companions to Wine and Beer, presenting an in-depth exploration of the world of spirits and cocktails in a groundbreaking synthesis. The Companion covers drinks, processes, and techniques from around the world as well as those in the US and Europe.

With entries ranging from Manhattan andmixology to sloe gin and stills, the Companion combines coverage of the range of spirit-based drinks around the world with clear explanations of production processes, and the history and culture of their consumption.

It is the ultimate guide to understanding what is in your glass. The Companion is lavishly illustrated throughout, and appendices include a timeline of spirits and distillation and a guide to mixing drinks.