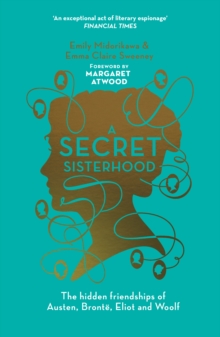 'In digging up the forgotten friendships chronicled in A Secret Sisterhood, Emily Midorikawa and Emma Claire Sweeney have done much service to literary history.' Margaret Atwood 'A Secret Sisterhood will help make women's literary friendships of the past relevant to the present.' Michele Roberts 'A Secret Sisterhood offers a clever new perspective on established literary figures.' Tracy Chevalier In their first book together, Midorikawa and Sweeney resurrect four literary collaborations, which were sometimes illicit, scandalous and volatile; sometimes supportive, radical or inspiring; but always, until now, tantalisingly consigned to the shadows. Drawing on letters and diaries, some of which have never been published before, and new documents uncovered during the authors' research, the creative connections explored here reveal: Jane Austen's bond with a family servant, the amateur playwright Anne Sharp; how Charlotte Bronte was inspired by the daring feminist Mary Taylor; the transatlantic relationship between George Eliot and the author of Uncle Tom's Cabin, Harriet Beecher Stowe; and the underlying erotic charge that lit the friendship of Virginia Woolf and Katherine Mansfield - a pair too often dismissed as bitter foes. A Secret Sisterhood uncovers the hidden literary friendships of the world's most respected female authors. 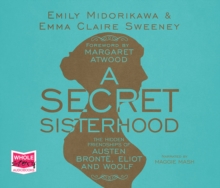 A Secret Sisterhood: The Hidden...