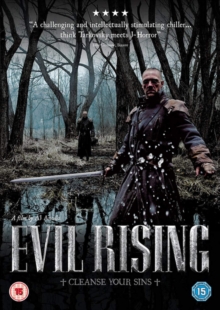 Scandinavian period horror set in the late 16th century in the aftermath of the 25-year Russian/Swedish war.

Now that the war is finally over, a group of soldiers has been given the job of marking out the new border between Finland and Russia.

The group includes brothers Knut (Tommi Eronen) and Erik (Ville Virtanen), who are tormented by guilt and shame after leaving a young girl to die a slow and terrible death.

As the group arrives in an isolated village in an uncharted swamp, strange and horrifying events begin to unfold as the brothers are haunted by the atrocity they have committed.