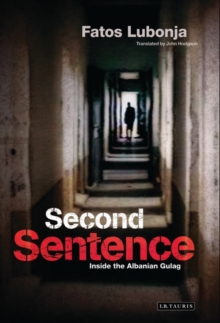 Prison camps in Communist Albania were as brutal and claustrophobic as Stalin's gulags, with the additional and unique horror that Albanian prisoners could be charged and re-sentenced while already in prison.

In this raw and moving memoir, the prize-winning writer Fatos Lubonja brilliantly evokes life for prisoners of the state as they struggled to cope with the physical and psychological deprivations of imprisonment."Second Sentence" opens in 1978 with a vivid description of the author's experiences as a forced labourer in a copper mine in Northern Albania.

In the tense camp atmosphere Lubonja discovers that two of his co-prisoners have written a letter to the Party criticizing 'the foremost leader', Enver Hoxha.

Shortly afterward they are spirited away under mysterious circumstances.

Lubonja does not make the connection until he is himself re-arrested in the camp with seven others and sent to stand trial as part of an alleged counter-revolutionary organization.With heart-breaking honesty, Lubonja describes the long months of interrogation and solitary confinement as he awaits his second sentence. This is an extraordinary portrait of the impenetrable world of Communist Albania and an unforgettable memoir of friendship and betrayal. 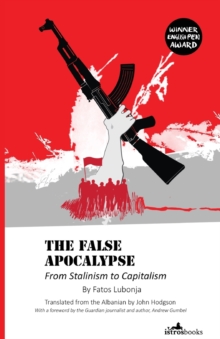