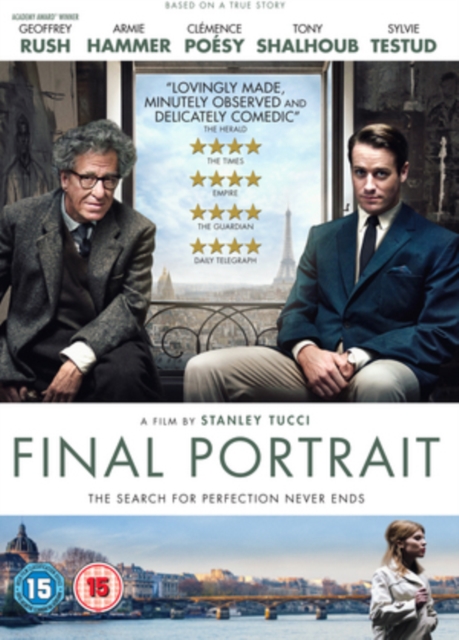 Stanley Tucci writes and directs this drama based on the life of Alberto Giacometti and the biography written by James Lord.

Set in Paris in 1964, Swiss painter Alberto Giacometti (Geoffrey Rush) asks his friend, young American writer James Lord (Armie Hammer), to pose for him as he struggles to find inspiration for his next work.

Although on a deadline to get back to New York, James agrees at Alberto's promise that he would be done within a day.

Hours, days and weeks go by as Alberto's perfectionism takes over and he becomes increasingly disatisfied with his work, insisting that James remain in Paris until the painting is complete.

The cast includes Sylvie Testud as Alberto's wife Annette, Clémence Poésy as his prostitute girlfriend Caroline and Tony Shalhoub as his brother and fellow artist Diego.