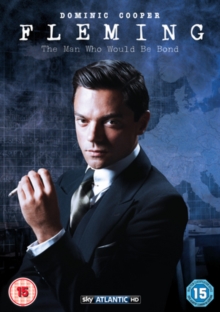 Fleming - The Man Who Would Be Bond DVD

Dominic Cooper stars as Ian Fleming, the creator of James Bond, in this four-part BBC mini-series.

The programme follows the adventures of Fleming as a young man.

As the indulged son of a wealthy family, Fleming enjoys a carefree life attending parties and womanising - that is, until World War II breaks out.

As a Naval Intelligence Officer, Fleming becomes involved in the vital battle of wits, deception and spying at the heart of the war and discovers that he has a flair for it.

Eventually, his eventful love life - which involves a number of affairs with married women - and his knowledge of the spy game give birth to the character and novels that will make his name...