His literature examines human psychology during the turbulent social, spiritual and political atmosphere of 19th-century Russia, and he is considered one of the greatest psychologists in world literature. Originally published as a serial in the journal "The Russian Messenger" between 1868-9, "The Idiot" tells the story of a young prince called Lev Nikolayevich Myshkin whose simple goodness is wrongly confused with a lack of intelligence by all he encounters. "The Idiot" is considered one of Dostoevsky's four masterpieces written after his return from Siberian exile, together with "Crime and Punishment" (1866), "The Brothers Karamazov" (1880), and "Demons" (1872). A prolific writer, Dostoevsky produced 11 novels, three novellas, 17 short stories and numerous other works.

This volume is not to be missed by fans of Russian literature and lovers of Dostoevsky's seminal work. 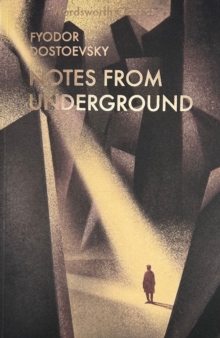 Notes From Underground & Other Stories