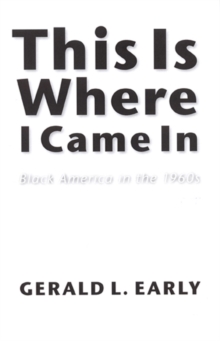 This is Where I Came in : Black America in the 1960s Hardback

The fascinating and turbulent black America of the 1960s emerges in these essays, through the lenses of dissent and its contradictions.

Gerald L. Early revisits this volatile time in American history, when class, culture, and race ignited conflagrations of bitterness and hatred across the nation.

The lives of three active and influential people are given special attention: Cecil B.

Moore, advocate and agitator in the 'racial tinderbox' of black Philadelphia; Muhammad Ali, promoter of a 'colored' consciousness; and, Sammy Davis Jr., survivor of black vaudeville and liberator of black performers.

The fiercely independent Moore, who rebuffed the black political establishment because it failed to address the concerns and needs of the majority of the black populace, used the authority of the NAACP to forge a militant, populist organization at the local level.Ali, one of the most widely recognized athletes of all time, combined protest and action to become a hero for black and 'colored' people throughout the world and became a type of ambassador to the Third World. Davis mirrored America's emancipation, confusion, and self-destructiveness, and, most important, its self-consciousness, which transcended even his remarkable accomplishments as an entertainer.

As Early demonstrates, the careers and lives of Moore, Ali, and Davis illustrate and embody the ambiguity and struggle of American identity in the 1960s.

He also serves as Director of African and Afro-American Studies at Washington University and is the author of many books, including "The Culture of Bruising: Essays on Literature", "Prizefighting", and "Modern American Culture", and the editor of "Miles Davis" and "American Culture". 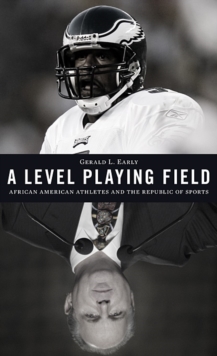 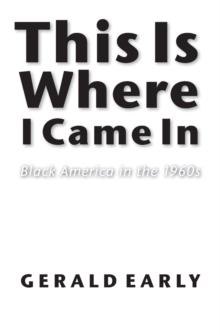 This Is Where I Came In