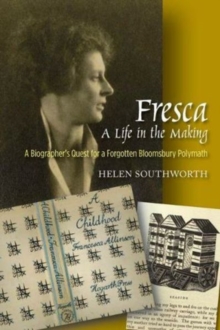 Fresca -- A Life in the Making : A Biographers Quest for a Forgotten Bloomsbury Polymath Hardback

This is a detective story, cultural history and love story.

It tells a tale of unconventionality, multifarious creativity, and a quest for new ways of living and loving amidst the complexities of Interwar Britain.

For Francesca Allinson life and making art were synonymous, though both were cut short.

Her story captures the topsy-turvy quality of a life singularly led; it shows how biography too gets turned upside down in the making -- how the story of a single individual can throw the literary and social perspective of the period into relief.

Helen Southworths initial goal was to discover how Francescas fictional autobiography, A Childhood, made it onto Leonard and Virginia Woolfs The Hogarth Press list in 1937.

The result was to be immediately drawn in to the company of prominent artistic figures of the period.

Writer, musicologist, puppeteer and pacifist, British-German Jewish Allinson (19021945) published with the Woolfs, duelled with Ralph Vaughan Williams over the origins of folk song and was psychoanalysed by Adrian Stephen, younger brother of Virginia. Her connections register the cultural ferment of the Interwar years: a rich collaboration and unconsummated romance with homosexual composer Michael Tippett; an affair with Arts League of Service founder Judy Wogan; a friendship with designer Enid Marx; and an infatuation with poet Den Newton, 18 years her junior.

Her life of promise, tragically cut short by suicide by drowning in 1945, is an eerie echo of Virginia Woolfs suicide.

Allinsons story spans the Twentieth Century, closing with Tippett weeping on stage at the Wigmore Hall during a 1992 performance of The Hearts Assurance, the song cycle he dedicated to Francescas memory forty years earlier.

In parallel, Allinsons own A Childhood makes a second journey: a gift for a young woman living in recently liberated Belgium in 1942, the book comes alive again when she transforms it into an artists book. 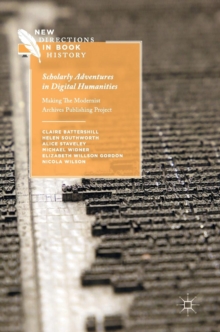 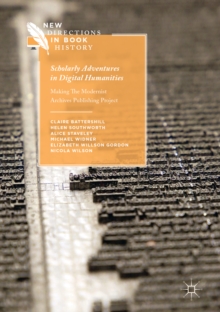 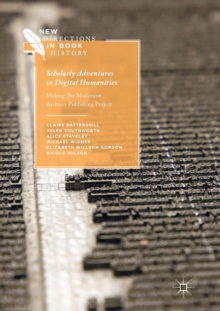