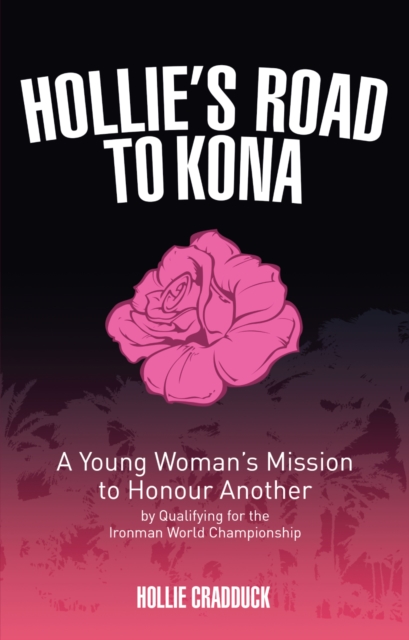 Despite being a bit-part fitness fanatic, Hollie set herself what she thought was the almost impossible goal of getting off the sofa and completing an ironman.

Hollie's Road to Kona begins as a story of one young triathlete's ambition to conquer one of the hardest sporting endurance tests out there, but after a personal tragedy, the story develops into a journey to honour her niece and best friend.

Crossing the finish line on that first 17-hour event, wrought with fatigue, but buzzing at having just realised her dream of becoming an ironman, Hollie is greeted with the tragic news of the death of her niece Rosie.

Completing the race was meant to be the end, but it is only the beginning, and so begins the story of that journey.

Hollie suffers some spectacular highs, crushing lows and fights through the fog of depression as she undertakes a gruelling training schedule as she aims to deliver on a promise made to her late friend and compete at the Ironman World Championships.