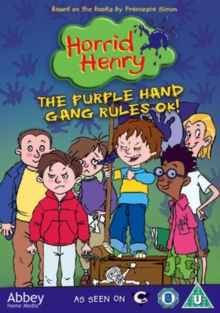 Six episodes from the third series of the CITV animated show based on the bestselling children's books by Francesca Simon.

Henry's life is full of strife: when he's not battling his fearsome class teacher, Miss Boudicca Battle-Axe, he's getting into trouble with his Mum and Dad.

Plus there's ultra-annoying Moody Margaret from next door and Henry's younger brother, Perfect Peter, who loves eating vegetables, never gets into trouble and belongs to the Best Boys Club.