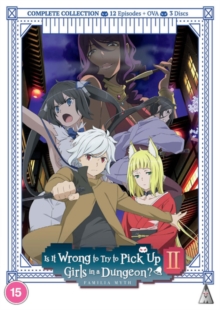 Is It Wrong to Try to Pick Up Girls in a Dungeon?: Season 2 DVD

All 12 episodes and the OVA from the second season of the Japanese anime based on Fujino Omori's light novel.

Bell Cranel (voice of Yoshitsugu Matsuoka) is a naive young adventurer who dreams of being the greatest of his kind in the great city of Orario.

The network of catacombs beneath the city, known as the 'Dungeon', is a labyrinthine lair of monsters and mystery which all adventurers seek to overcome.

This is no mean feat and Bell faces a monumental task in questing there, that is until he has a chance meeting with the goddess Hestia (Inori Minase).

With her help and that of the companions they make along the way, Bell restlessly seeks adventure in the Dungeon where a sinister power dwells.

The collection also includes the OVA episode 'Is It Wrong to Go Searching for Herbs On a Deserted Island?'. 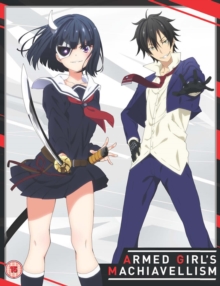 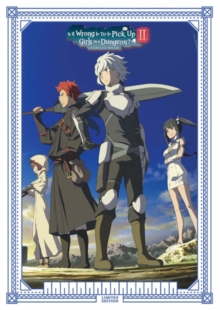 Is It Wrong to Try to Pick Up Girls in... 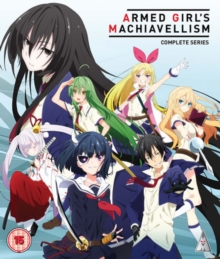