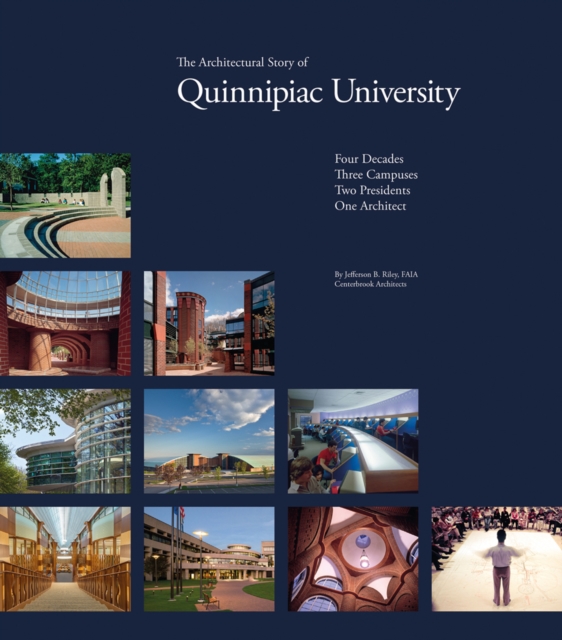 by Jefferson B. Riley, Centerbrook Architects

The year was 1977, and Quinnipiac College was forming a new campus in Hamden, Connecticut.

Chance would bring the author and the place together, and for the next forty years Jefferson B.

Riley would be Quinnipiac's architect, designing over a hundred renovations, additions, and new buildings on the three separate campuses that now comprise Quinnipiac University.

The University thus became Riley's devotion, vigorously so after the arrival of Dr. John L. Lahey in 1987 who, as its eighth president, personally put Quinnipiac University on its path to national prominence.

Riley's work has not only helped to give Quinnipiac roots but also wings.

Here, then, is a comprehensive architectural account of Quinnipiac from 1977 to 2017. SELLING POINT: * Delves into the intimate process of designing for over a hundred renovations, additions and new builidings across three university campuses 540 colour