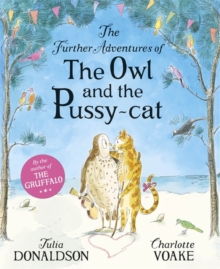 The Further Adventures of the Owl and the Pussy-cat Hardback

When their beautiful golden ring is stolen, the Owl and the Pussy-cat must travel far from the safety of the Bong-tree glade as their search for the thief leads them across the Sea, to the Chankly Bore and beyond... Full of enchanting lyricism this new rhyme, beautifully illustrated by Charlotte Voake, promises to be as important and successful as the original. Julia Donaldson was born in 1948. She grew up in London and studied at Bristol University.

She worked for a few years in publishing and as a teacher, while also writing and performing songs and street theatre with her husband Malcolm, and writing and directing two musicals for children.

She has written over a hundred books and plays for children and teenagers, including the award-winning stories The Gruffalo, Room on the Broom and The Snail and the Whale, which are among the UK's best-selling picture books.

Julia has won many awards, including the Smarties and Blue Peter Awards and is currently the Children's Laureate. Charlotte Voake was born in Wales and studied at the University of London.

Her first illustrations were published while she was studying there in 1978.

She has been shortlisted for both the Kurt Maschler Emil Award and the Kate Greenaway Medal. Also by Julia Donaldson:The Gruffalo; Superworm; Room on the Broom; The Magic Paintbrush; The Snail and the Whale; A Squash and a Squeeze; Zog; The Highway Rat; Tabby McTat; Monkey Puzzle; Stick Man; Jack and the Flumflum Tree; What the Ladybird Heard 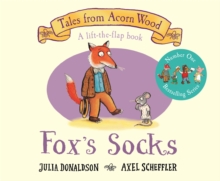 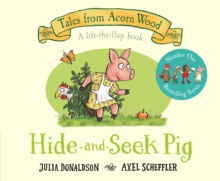 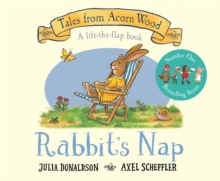 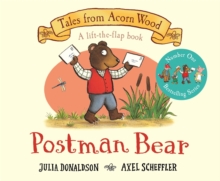