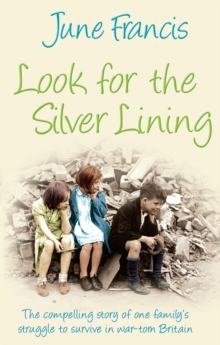 When Nellie marries a man who does not meet with her mother's approval she is cut off from her family.

With her soldier husband Teddy away, a pregnant Nellie is forced to face alone the horrors of the blitz.

Only when a bomb destroys the family home is she reunited with her younger sisters.

With the three of them homeless, though, Nellie is forced to contact their grandfather.

He takes them in but at what cost to Nellie's unborn child?

When her brother turns to her for help in tending an unconscious man, who apparently has sought the sanctuary of St Joseph's, she complies with his request.

When the man disappears as mysteriously as he came, Nellie thinks little more of him.

Instead she seeks solace for her grief by working in the day nursery.The end of the war and the return of her sailor father brings unexpected challenges for Nellie, as does the reappearance of the man she never thought to see again.