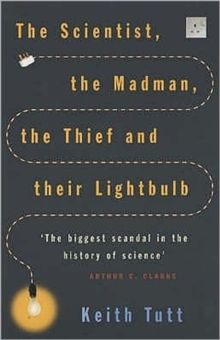 The Scientist, The Madman, The Thief And Their Lightbulb : The Search For Free Energy Paperback / softback

THE SCIENTIST, THE MADMAN, THE THIEF AND THEIR LIGHTBULB reveals the revolutionary work of inventors and scientists who have struggled to develop clean and 'fuelless' new ways to produce the electricity we need for the 21st century and beyond.

If the technologies could be developed commercially, they would offer almost costless energy, which would mean the end of the oil economy and freely available electricity throughout the developed and underdeveloped world.

THE SCIENTIST, THE MADMAN, THE THIEF AND THEIR LIGHTBULB contains the elements of a dramatic conspiracy thriller in which greed, mendacity, murder, suicide, suppression, betrayal, jealousy, madness and misunderstood genius all play their full parts.

It also investigates the complex psychology of invention and reserves a chapter for those inventors who are either self-deluded mavericks or charlatans who aim to trick gullible investors out of their savings.

Most importantly, there are technologies here that offer to solve the planet's most serious problem: global warming and climate change caused by fossil fuel power plants and car emissions.

Is the technological solution to global warming contained within these pages?